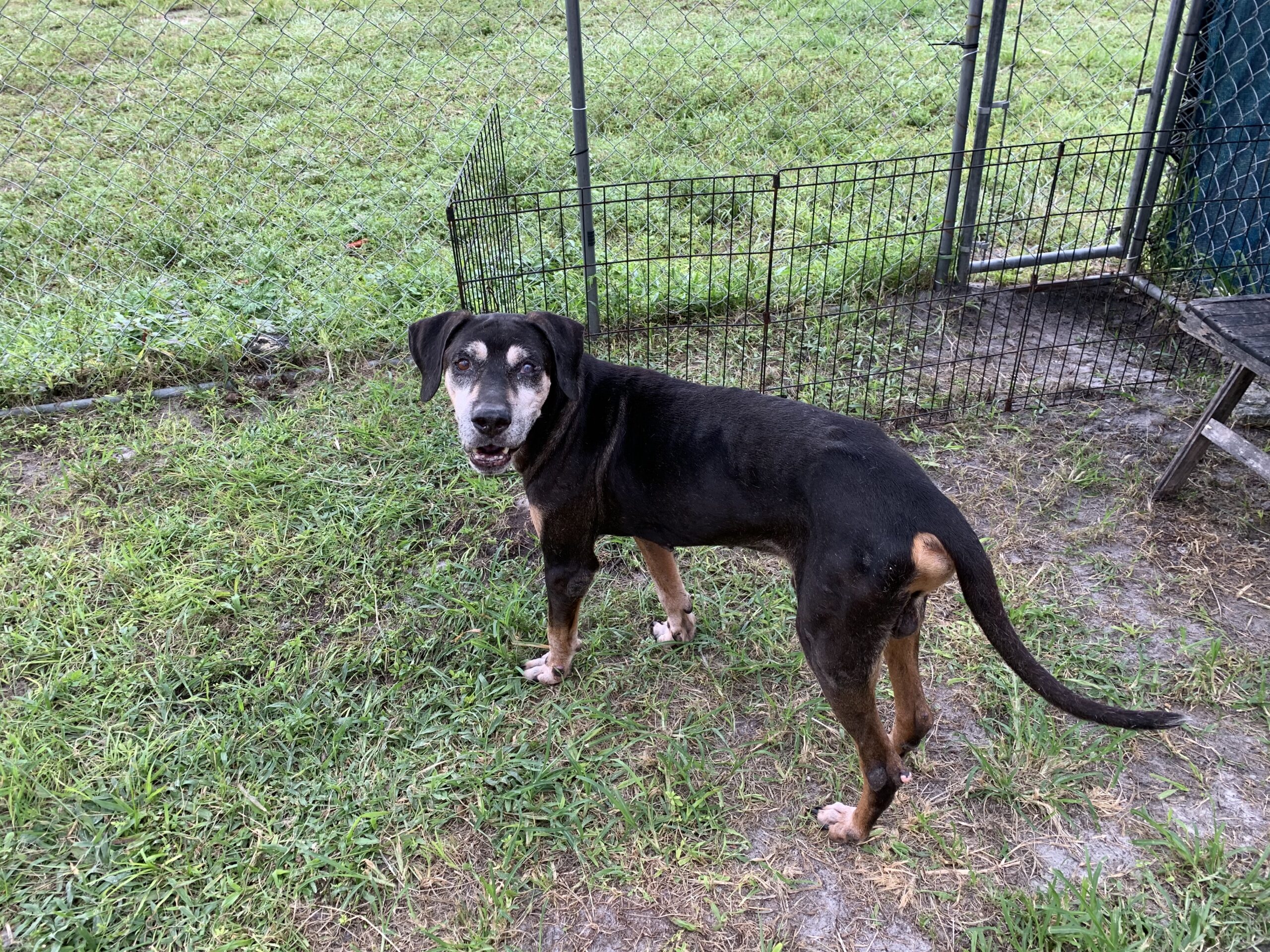 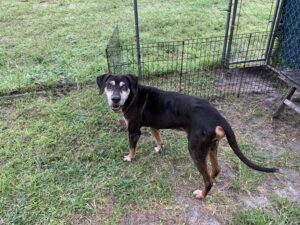 Duke , a Doberman hound mix , was found in the fields of western palm beach county . He was emaciated – (under 40 lbs ! )and coughing , his eyes cloudy . . Most likely he lived outside his entire life . He was brought to us right away and began treatment for his Bronchitis . The vet believes he’s around 8 years old Since then, he has put on weight , and the meds helped his lungs . He can see, , though his vision has some limitations. He is great with the other dogs , but definitely has a prey drive, so no cats ! He’s doing better with the house training but still will have an accident . Someone who is home most of the time will be best for him, to let him out as needed .
Soon he will be ready to go to his forever family

Barky Pines is an animal rescue and sanctuary located in West Palm Beach, Florida. It is our mission and goal to save those who would otherwise be euthanized.